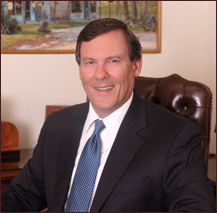 Eric S. Ruff attended law school at the University of Florida, where he was a member of the Law Review. He graduated from law school with honors in 1979 and soon afterwards was employed as an attorney at Trinkle & Redman in Plant City, where he handled a wide variety of cases including appeals and bankruptcy cases. In 1985, he returned to Gainesville to establish his own law firm, concentrating on bankruptcy law. Today, Ruff & Cohen is known as a respected and trusted source of counsel in bankruptcy matters.

In 2015, the most respected attorney rating company of all, Martindale-Hubbell®, gave Mr. Ruff their very highest attorney rating of "AV Preeminent®", with a Peer Review score of 5 out of a possible 5—given to fewer than 5% of attorneys. Earlier, in 2013, Martindale-Hubbell awarded Mr. Ruff the "Client Distinction Award" for holding a perfect 5 client review score. According to American Registry, less than 1% of the 900,000+ attorneys listed in martindale.com and lawyers.com have been accorded this distinction.

In his decades of service as a Gainesville bankruptcy attorney, Mr. Ruff has represented a multitude of satisfied clients and filed over 3,000 bankruptcy cases. But Mr. Ruff also enjoyed significant success as an appellate lawyer, handing cases on appeal from trial courts to higher courts. Listed below are the reported decisions in Florida state courts in which Eric Ruff was the appellate lawyer.

Mr. Ruff’s clients prevailed in each of the reported cases, the majority of which were reversals of a trial court decision, including one case that went as far as the Florida Supreme Court: